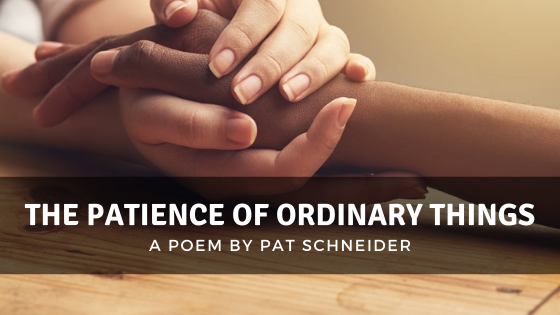 The Patience of Ordinary Things

A Poem by Pat Schneider

The Poem | A Story | An Analysis

How the cup holds the tea,

How the chair stands sturdy and foursquare,

How the floor receives the bottoms of shoes

Or toes. How soles of feet know

Where they’re supposed to be.

I’ve been thinking about the patience

Of ordinary things, how clothes

And soap dries quietly in the dish,

And towels drink the wet

From the skin of the back.

And the lovely repetition of stairs.

And what is more generous than a window?”

Once upon a time, a little girl and her father were on a short trip to hunting. They failed to get the kill. On their way back, the father saw an apple tree with two fruit. He picked up both and gave it to the little girl.

They have been quite hungry for some time. So, the father asked the girl if he could take a bite. The girl instantly took a bite form one of the apples and then she took the second one and took a bite from that as well. 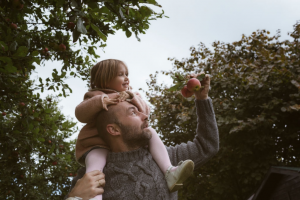 Seeing this made the father incredibly sad. This made him question his upbringing that made the girl so greedy. But what happened next made him teary eyed and so happy and proud of the little girl. The girl gave one of the apples to him and said, “eat this, this is more juicy and sweeter”.

This story reminds me of what one of my teachers told us when we were young. He said, “time is not alike for everyone, all the time. There are difficult times and there are happier times. In the most difficult of times, we tend to lose faith, not just in others but ourselves too. We start questioning our own integrity. But it is most important not to lose all. It is so important to maintain the calm. Like seasons the difficult time too pass. There is always a spring after the winters. Patience is the key in such times.” 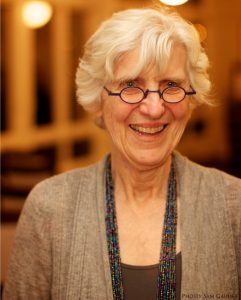 Schneider was born in Ava, Missouri in 1934. She was educated at Central Methodist College in Missouri and earned her MA from the Pacific School of Religion in Berkeley, California. In 1979 she became a graduate of the MFA Program for Poets & Writers at the University of Massachusetts Amherst.

Schneider lives in Amherst, Massachusetts. She was the Founder/Director of Amherst Writers & Artists and editor of Amherst Writers & Artists Press, which has published forty-two books of poetry and the national literary journal, Peregrine. Schneider has been an adjunct faculty member of the Graduate Theological Union in Berkeley, California. She has led creative writing workshops at the University of Massachusetts, Smith College, Limavadi College (Northern Ireland), and the University of Connecticut. She has taught in Ireland, in Japan, and at the Graduate Theological Union in California, where she has also been Playwright in Residence and led annual and bi-annual workshops at the Pacific School of Religion. She has also led workshops in Smith College’s School for Social Work and for residents of public housing in Chicopee, Massachusetts.

The beauty of this poem lies in its simplicity. How the writer is able to find the greatest of the virtues in the simplest of things.

Everything that we witness daily, the things that are doing nothing more than the routine things are the biggest epitome of patience.

The speaker beautifully personifies and shows the virtues of most immortal things. 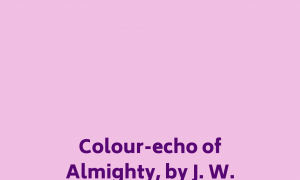 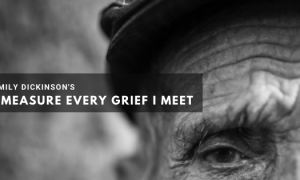 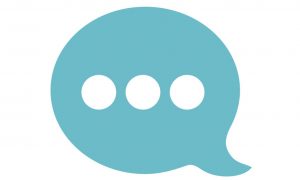 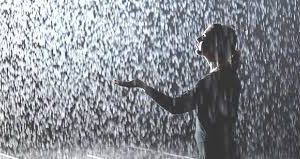 Storm, Rain and Rise of a Star 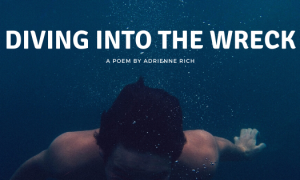 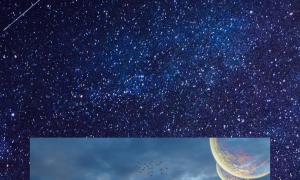