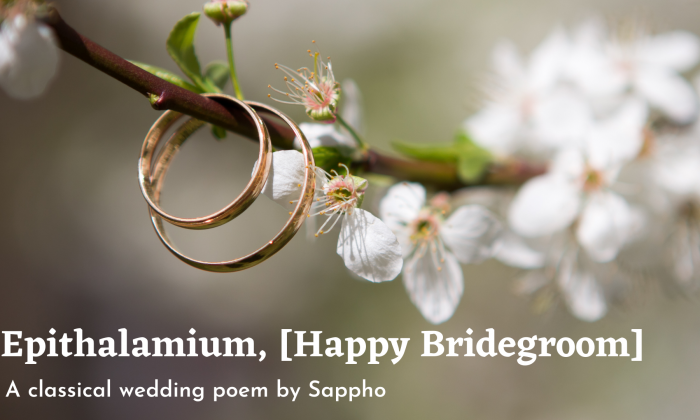 Happy bridegroom, Hesper brings
All desired and timely things.
All whom morning sends to roam,
Hesper loves to lead them home.
Home return who him behold,
Child to mother, sheep to fold,
Bird to nest from wandering wide:
Happy bridegroom, seek your bride.

Epithalamion or Epithalamion is a song or a poem that celebrates a wedding. This form continued in popularity through the history of the classical world; the Roman poet Catullus wrote a famous epithalamium, which was translated from or at least inspired by a now-lost work of Sappho. According to Origen, the Song of Songs might be an epithalamium on the marriage of Solomon with Pharaoh’s daughter.

Sappho (630 – c. 570 BCE) was an Archaic Greek poet from the island of Lesbos. Sappho is known for her lyric poetry, written to be sung while accompanied by a lyre. In ancient times, Sappho was widely regarded as one of the greatest lyric poets and was given names such as the “Tenth Muse” and “The Poetess”. Most of Sappho’s poetry is now lost, and what is extant has mostly survived in fragmentary form; two notable exceptions are the “Ode to Aphrodite” and the Tithonus poem. As well as lyric poetry, ancient commentators claimed that Sappho wrote elegiac and iambic poetry. Three epigrams attributed to Sappho are extant, but these are actually Hellenistic imitations of Sappho’s style.

Little is known about Sappho’s life. She was from a wealthy family in Lesbos, though her parents’ names are uncertain. Ancient sources say that she had three brothers; Charaxos (Χάραξος), Larichos (Λάριχος) and Eurygios (Εὐρύγιος). The Suda mentions the names of all three brothers. Two of them, Charaxos and Larichos, are also mentioned in the Brothers Poem discovered in 2014. She was exiled to Sicily around 600 BCE and may have continued to work until around 570 BCE. Later legends surrounding Sappho’s love for the ferryman Phaon and her death are unreliable.

Sappho was a prolific poet, probably composing around 10,000 lines. Her poetry was well-known and greatly admired through much of antiquity, and she was among the canon of Nine Lyric Poets most highly esteemed by scholars of Hellenistic Alexandria. Sappho’s poetry is still considered extraordinary and her works continue to influence other writers. Beyond her poetry, she is well known as a symbol of love and desire between women, with the English words sapphic and lesbian being derived from her own name and the name of her home island respectively. Whilst her importance as a poet is confirmed from the earliest times, all interpretations of her work have been colored and influenced by discussions of her sexuality.

This is a poem about a person named Hesper. S/he is the one kind of a person who has undone the done mistakes, who shows the right path and brings lost people home. S/he is set’s everything right at the end.

Now, s/he is the one who is bringing the happy bridegroom to the bride for their ‘happily-ever-after’. This is a really beautiful and lively poem full of merriment, hope, and joy.

Here are a few things to be noted about this poem:

To read more about famous poems and their analysis, click here. 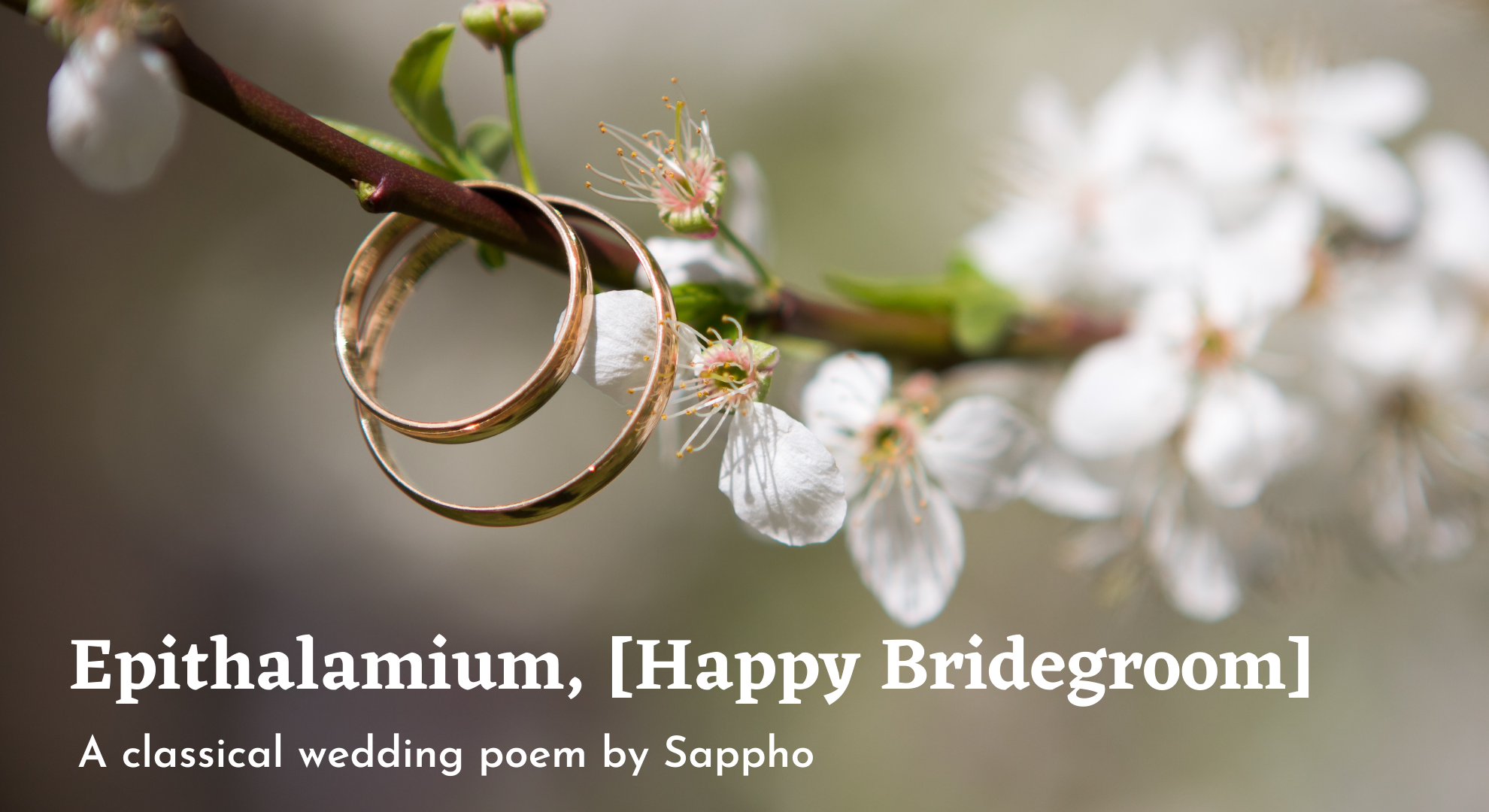