O Captain! My Captain! – The Poem

O Captain! my Captain! our fearful trip is done,
The ship has weather’d every rack, the prize we sought is won,
The port is near, the bells I hear, the people all exulting,
While follow eyes the steady keel, the vessel grim and daring;
But O heart! heart! heart!
O the bleeding drops of red,
Where on the deck my Captain lies,
Fallen cold and dead.

O Captain! my Captain! rise up and hear the bells;
Rise up—for you the flag is flung—for you the bugle trills,
For you bouquets and ribbon’d wreaths—for you the shores a-crowding,
For you they call, the swaying mass, their eager faces turning;
Here Captain! dear father!
This arm beneath your head!
It is some dream that on the deck,
You’ve fallen cold and dead.

My Captain does not answer, his lips are pale and still,
My father does not feel my arm, he has no pulse nor will,
The ship is anchor’d safe and sound, its voyage closed and done,
From fearful trip the victor ship comes in with object won;
Exult O shores, and ring O bells!
But I with mournful tread,
Walk the deck my Captain lies,
Fallen cold and dead.

Millions of years ago, on the western frontiers of river Thanga at the center of the continent of Pangea, there was a big Jungle called erdei király. In the jungle, there was a hierarchy of ranks for each animal, with the strongest ones at the top and weaker ones at the bottom. Of course, at the top were the carnivores.

A tiger named ‘Namur’ rose to be the self-proclaimed king of the jungle and he had his reign in the southern territory of erdei király, where he was most active and lived with his family. He was extremely powerful and was hugely intelligent. He had his own ways of getting things done. Every day the members of his army would hunt for prey for him and his family’s meals. Failing which they would be punished. And a punishment would mean that Namur and his family would eat them or the members of their family. They acted mostly like slaves to Namur.

In the north, however, there was a different system. Everyone was free. The carnivores would catch the prey themselves for themselves and their families. And The weaker ones had the freedom to protect themselves.

Soon a Lion (a carnivore) named ‘Shera’ rose to power in the north. He was not as smart and sharp as Namur, but his calm and composed demeanor was his biggest strength.

He established a fair method of choosing the prey. The weaker ones would collectively decide who they wanted to sacrifice each day and offer the same to Shera and his family for meals. This gave a lot of freedom and say to the weaker species in the Jungle. There was no constant threat of survival for the weaker species. Due to his ways, Shera became extremely popular and was nominated as the candidate to be the king of the jungle.

Shera’s nomination for the position of the king of the jungle did not go well with Namur and his followers. They attacked his fort. Though Shera escaped unhurt, this was a blow to the democracy that was on its way to establishment. Northerners were extremely offended and this was the beginning of a civil war in the jungle. The fight between oppression and fair democracy. However, for Shera, it wasn’t just the fight for his ego. It was taking a stand for what was morally and socially correct.

For the next few years, Shera had to travel all over the huge territory of the Jungle. He and his army had to educate the people about his ways. There was a huge retaliation. He and his army had to fight that too. The task was huge. To establish a free kingdom, free of constant fear of death and punishments. In the course of the war, there was huge bloodshed. But the cause was noble, something that would establish a civilized and fear-free future for the whole jungle. A place where both strong and weak would be able to live in harmony.

In this journey, which was a really tough fight for Shera, there were moments where he was on the verge of a break-down. But he stood steady. He suffered personal loss too in the form of the death of his son Singa. That was like the biggest blow to him. He was old as well and thought giving up was the only option left. But then he thought he might have lost a son, but his people were like his children too. He had to fight for them. Like W.E. Henley in his poem says, his “head was bloody but unbowed”.

In the end, Namur had no option left but to surrender. That was a moment of victory, but Shera was almost drained. He said, “I feel like the tierdest animal that has ever been”. He wanted now to relax and maybe watch the sunset near the river with his wife. As they were sitting at the bank of the rivers, a Jaguar with big claws named Jag W. Boot, shot him with an arrow from the back. Boot was like an adopted son for Namur and totally adored him. Shera succumbed.

Nonetheless, it was the beginning of a new era for the whole Jungle. A new democracy was established. But the captain who had sailed the whole ship through the night was no more to see the dawn. 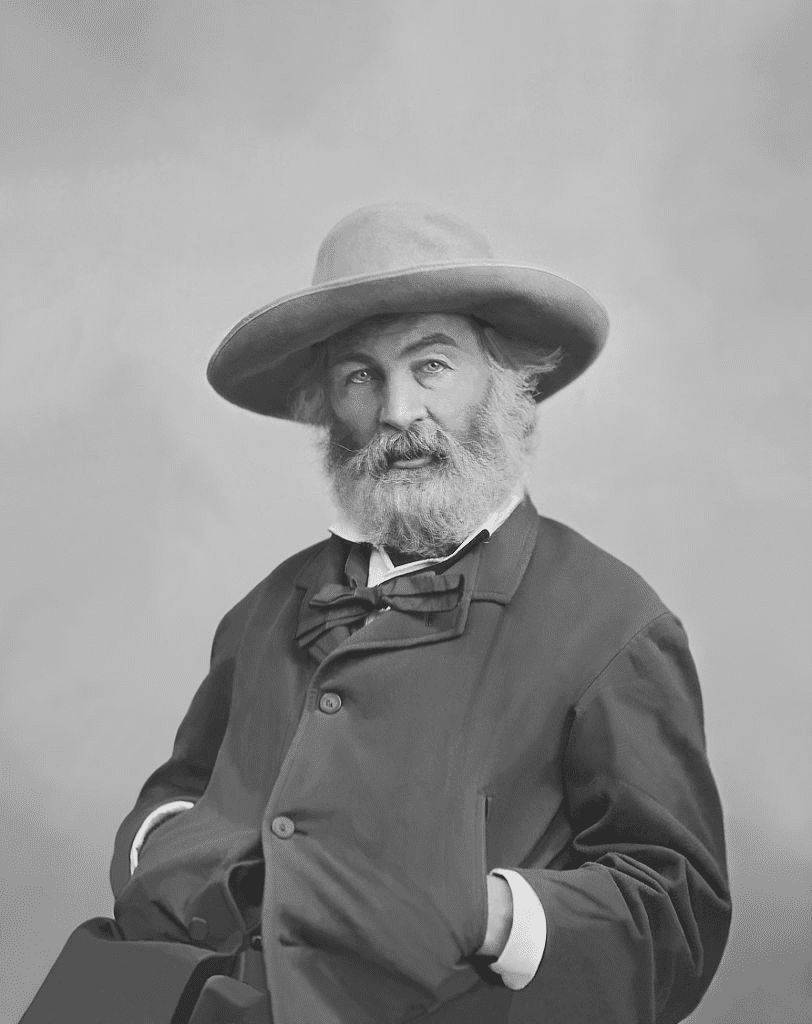 Walt Whitman (May 31, 1819 – March 26, 1892) was an American poet, essayist, and journalist. A humanist, he was a part of the transition between transcendentalism and realism, incorporating both views in his works. Whitman is among the most influential poets in the American canon, often called the father of free verse. His work was controversial in its time, particularly his poetry collection Leaves of Grass, which was described as obscene for its overt sensuality. Whitman’s own life came under scrutiny for his presumed homosexuality.

Born in Huntington on Long Island, Whitman worked as a journalist, a teacher, and a government clerk. At age 11, he left formal schooling to go to work. As a child and through much of his career he resided in Brooklyn. Whitman’s major work, Leaves of Grass, was first published in 1855 with his own money. The work was an attempt at reaching out to the common person with an American epic. He continued expanding and revising it until his death in 1892. During the American Civil War, he went to Washington, D.C. and worked in hospitals caring for the wounded. His poetry often focused on both loss and healing. Two of his well-known poems, “O Captain! My Captain!” and “When Lilacs Last in the Dooryard Bloom’d”, were written on the death of Abraham Lincoln. After a stroke towards the end of his life, Whitman moved to Camden, New Jersey, where his health further declined. When he died at age 72, his funeral was a public event.

Whitman’s influence on poetry remains strong. Mary Smith Whitall Costelloe argued: “You cannot really understand America without Walt Whitman, without Leaves of Grass … He has expressed that civilization, ‘up to date,’ as he would say, and no student of the philosophy of history can do without him.” Modernist poet Ezra Pound called Whitman “America’s poet … He is America.”

Does the Jungle story above seem familiar?

During the American Civil War, Abraham Lincon had to really work hard to establish a free economy where everyone could have equal rights and abolish slavery. This did take a toll on his mental and physical strength.

Victories come with a price. Here the ship may have successfully sailed through all the perils towards the victory, but the Captain is no longer alive to taste it. The captain, here, in this poem, refers to the late president of the USA, Abraham Lincoln.

Walt Whitman was a strong follower of the president. It is said that when Abraham Lincon used to take a round of the city of Washington D.C. each day, Whitman would see him and greet him. As Lincoln passed, the two would bow to each other, though Lincoln may never have known who the gray-bearded man on the side of the road was. Whitman claimed that he could even see Lincoln’s office, lit by candlelight, as Lincoln worked late into the night, burning the midnight wax. 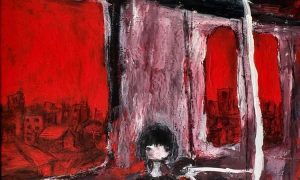 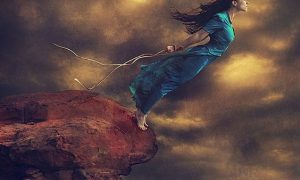 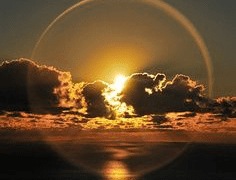 Ghost of a Birthday, by J. W. Cassandra 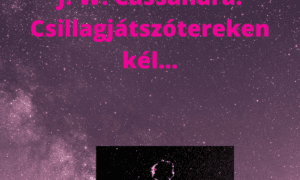 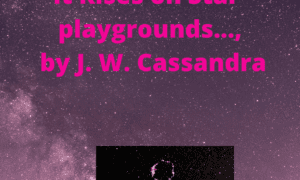 It Rises on Star-playgrounds…, by J. W. Cassandra