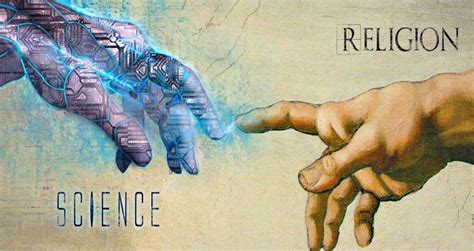 “In the beginning God created the heavens and the earth” – (Genesis 1.1)

“The earth was without form and darkness covered the water” – (Genesis 1.2)

It is now generally accepted now that the earth was in darkness at the outset, and that the surface was liquid, just as the Bible says.

“The waters were standing above the very mountains” – (Psalm 104.6)

The Bible states that the waters were brought together and land appeared. This is further explained in the 104th Psalm, in verse 8 where it says The mountains proceeded to ascend, the valleys proceeded to descend.” We know from geologic studies that mountains did, in fact “ascend” in the past, due to tectonic plate movements in the earth’s crust.

The correct order for life in earth’s history requires light, an atmosphere, sea life, plants, land animals and finally, mankind. This is the order that Genesis lists creation. It has been estimated that to simply guess this order, without the scientific knowledge to refer to, would be against odds of 1 in 3,628,080 yet, the Bible writer Moses correctly lists these stages.

In this regard, note the words of one of America’s leading geologists, Wallace Pratt: “If I as a geologist were called upon to explain briefly our modern ideas of the origin of the earth and the development of life on it to a simple, pastoral people, such as the tribes to whom the Book of Genesis was addressed, I could hardly do better than follow rather closely much of the language of the first chapter of Genesis.” And as regards the length of the days of creation mentioned in Genesis, this scientist discerningly asks: “Are we not assured, indeed, that with the Creator, ‘a day is as a thousand years and a thousand years as a day?’”

“The only acceptable explanation is creation. I know that this is anathema to physicists, as indeed it is to me, but we must not reject a theory that we do not like if the experimental evidence supports it. Evolution became in a sense a scientific religion; almost all scientists have accepted it and many are prepared to ‘bend’ their observations to fit in with it.” – Physicist H. S. Lipson

“God is bringing them (the stars) forth, due to the abundance of dynamic energy” – (Isaiah 40.26)

The Bible states that God creates things with his energy (remember – energy = mass times the speed of light squared and, in reverse, energy is the productive agent for the material universe).

“At the beginning of this universe, there were no galaxies, stars or planets, no life or civilizations, then came the most awesome transformation of matter and energy that we have been privileged to glimpse.” – Carl Sagan, Cosmologist

“When the morning stars joyfully cried out together, and all the sons of God (spirit beings) began shouting in applause” – Job 38.7.

This account describes the moment of the creation of the stars, the physical furnaces for production of all life.

“Can you lead out a constellation in its season, or guide the Ash constellation along with its sons? Do you know the laws governing the heavens, or can you impose their authority on the earth?” – (Job 38.32)

One of England’s leading astronomers, Sir Bernard Lovell, wrote of his “Rapturous amazement at the harmony of natural law, which reveals an intelligence of such superiority that, compared with it, all the systematic thinking and acting of human beings is an utterly insignificant reflection.”

Humbled by the complexity of the universe and the diversity of life on earth, Albert Einstein once stated: “I want to know how God created this world…. I want to know His thoughts.”

“There is one who is dwelling above the circle of the earth, the dwellers of which are like grasshoppers to him.” – (Isaiah 40.22)

The Bible refers to the shape of the earth being a “circle” or “sphere” (Isaiah 40.22). Regarding the shape of the earth, The Encyclopedia Americana says: “The earliest known image that men had of the earth was that it was a flat, rigid platform at the center of the universe. … The concept of a spherical earth was not widely accepted until the Renaissance.” Some early navigators even feared sailing off the edge of the flat earth! But, then, the introduction of the compass and other improvements made possible longer ocean voyages. These “Voyages of discovery,” another encyclopedia explains, “showed that the world was round, not flat as most people had believed.” Yet long before such voyages, in fact, about 2,700 years ago, the Bible said the above. The Hebrew word “chugh”, translated “circle,” can also mean “sphere,” as such reference works as Davidson’s Analytical Hebrew and Chaldee Lexicon show. Other translations, therefore, say “The globe of the earth” (Douay Version), and “The round earth.” (Moffatt) Thus the Bible was not influenced by the erroneous, flat-earth view prevalent when it was written. It was accurate.

“God is stretching out the north over the empty place, hanging the earth upon nothing” – (Job 26.7)

For centuries, up until Newton discovered the laws of motion and gravity, civilizations believed all manner of strange ideas about what holds the earth up. One example was the belief that the earth was supported by two giant elephants which stood on the back of a giant turtle. Later, some of the greatest scientists and philosophers proposed that the earth was suspended inside an infinity of spheres, contained within another. Yet, over 3,000 years ago, the Bible simply stated that the earth “Hangs upon nothing.”

While contemporary sources tell of mythological gods being split apart to create humans, or even the more recent Koran stating that mankind was made from a “blood clot”, the Bible simply stated that humans are made from the “dust”, the soil, the elements of the earth. Elsewhere the Bible describes us as “clay.”

In their joint work Les oligoéléments (Trace Elements), Andrée Goudot and Didier Bertrand, members of the French Agricultural Academy, inform us: “In all the living organisms studied, in addition to carbon, oxygen, hydrogen, nitrogen, phosphorus, calcium, sulfur, chlorine, magnesium, potassium and sodium, the presence of the following elements can be considered to be a proved fact: six nonmetallic elements: fluorine, bromine, iodine, boron, arsenic and silicon; a transition element: vanadium; and thirteen metals: iron, zinc, manganese, copper, nickel, cobalt, lithium, rubidium, cesium, aluminium, titanium, chromium, molybdenum and also probably tin, lead, silver, gallium, strontium and barium.” All these substances are to be found in the earth’s crust, proving that man is truly formed from the ground, as the Bible states. Yet no human being has ever witnessed a person being formed from the earth, we have only observed humans being born from other humans. How did the Bible writer know this truth about the dust?

“The perversity of YOU men! Should the potter himself be accounted just like the clay? For should the thing made say respecting its maker: “He did not make me”? And does the very thing formed actually say respecting its former: “He showed no understanding”?

Gold is resistant to attacks by water, oxygen, sulfur, and almost everything else. Many gold artefacts discovered in sunken vessels and elsewhere still retain their lustre after hundreds of years. Interestingly, however, the Bible states that there is something that is more durable than Gold “proved,” or refined, by fire and other processes which can attain 99.9 percent purity. Yet, even refined gold perishes, or dissolves, when exposed to aqua regia (royal water), a mixture of three parts hydrochloric acid and one part nitric acid. Thus, the Bible is scientifically correct in stating that “Gold perishes.”

“Their appearance and structure looked as though a wheel were within a wheel. When they moved, they could go in any of the four directions without turning as they went” – (Ezekiel 1.16)

The Bible describes a technological innovation unheard of and that was not invented until the 20th century. The modern equivalent is the “Mercanum wheel” which does not function as perfectly as the wheels described in the Bible. The wheels of God’s chariot have been compared to the continual spiralling motion of the atom, which is an appropriate symbol considering that God creates all thing based on atoms.

“At that the fire of Jehovah fell from above and consumed the burnt offering, the pieces of wood, the stones, and the dust, and it licked up the water from the trench” – (1 Kings 18.38)

The only fire powerful enough to “consume” stone, dust and water is nuclear fire. According to several reports from the Palestine region of Carmel, “Blue transparent crystals found three thousand years later in the neighborhood of this fire test argue that it was atomic fire, channeled down.”

“For this is what Jehovah says, The Creator of the heavens, the true God, The One who formed the earth, its Maker who firmly established it, Who did not create it simply for nothing, but formed it to be inhabited” – (Isaiah 45.18)

“Every house is constructed by someone, but he that constructed all things is God” – (Hebrews 3.4)

“The greatest of all cosmological scientific puzzles, confounding all our efforts to comprehend it, is the earth. We are only now beginning to appreciate how strange and splendid it is, how it catches the breath, the loveliest object afloat around the sun, enclosed in its own blue bubble of atmosphere, manufacturing and breathing its own oxygen, fixing its own nitrogen from the air into its own soil, generating its own weather.” – Lewis Thomas – “Discover Magazine.”

“The earth is the wonder of the universe, a unique sphere.” – The Earth

“As we look out into the universe and identify the many accidents of physics and astronomy that have worked together to our benefit, it almost seems as if the universe must in some sense have known that we were coming.” – “Scientific American”

“It seems as if such particular and precise conditions could hardly have arisen at random.” – “Science News”

“Why do I believe in God? Simply stated, the main reason is this: Anything as well ordered and perfectly created as is our earth and universe must have a Maker, a master designer. Anything so orderly, so perfect, so precisely balanced, so majestic as this creation can only be the product of a Divine Idea. There must be a Maker; there can be no other way.” – Wernher von Braun, Rocket Scientist

“The man of science likes to separate fact from speculation. Now viewing the universe as a whole, I cannot escape the fact that it is of intelligent design. By this I mean that the universe shows on a magnificent scale the same kind of interrelationship of its working and efficiency of planning as an engineer strives to achieve in his smaller undertakings.” – Dr. William Swann, noted authority on cosmic radiation.

“Every new discovery of science is a further revelation of the order that God has built into His universe. God gains in dignity and power through manifestations of His reason and order.” – Dr. Warren Weaver, one of America’s foremost mathematicians.

The next chapter reveals the Bible’s statements on the natural world. 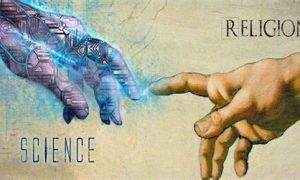 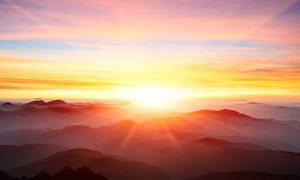 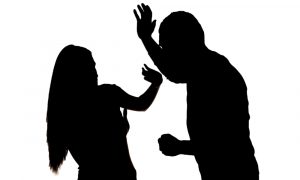 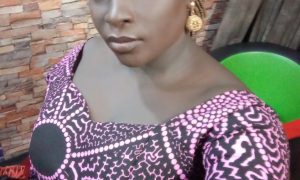 The color of Beauty 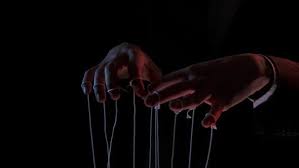 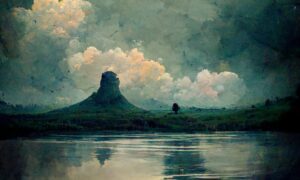 About the Author: Steve Brown