Hold fast to dreams
For if dreams die
Life is a broken-winged bird
That cannot fly.

Hold fast to dreams
For when dreams go
Life is a barren field
Frozen with snow.

Why is it important to dream?

I think I am never really asleep. During the night I am always wandering around somewhere, doing something in my dreams. And my dreams feel so real that I mostly wonder if I was even sleeping. It’s like I was teleported to some other reality while I was sleeping. And when I am awake, I am teleported to this reality. I wonder if the stone on the ring that I am wearing is a ‘Reality Stone’.

Most of the time my dreams are good, but sometimes I see nightmares too. I sometimes wake up, for a minute or two, in between the dreams. And if the dreams were interesting, I wish that I go back to sleep and continue the same dream or maybe finish it. And most of the time that happens too.

Recently, my doctor asked me during the regular interrogation, if I was sleeping well enough. I told him, “I don’t know if I am sleeping at all”. And then I told him about all this.

Then my doctor cleared my confusion. He said, “if you are dreaming, that means your sleep is sound, in fact, better than those who aren’t dreaming.” I was a bit relieved that I was sleeping well. In fact, I like my dreams a lot. I meet people I want to, I go to beautiful places (that maybe don’t even exist), I ride bicycles (which I otherwise I can’t), I can fearlessly stand lonely in open fields, and so much more.

This answers the most important question, “Why is it important to dream?”

Dreams Are an Overnight Therapy

Have you seen ‘Inception’? People go to Yusuf for ‘dreams therapy’. Good dreams make you feel refreshed. Bad dreams give you the ability to face your biggest fears. So, either case you benefit.

As I mentioned before, when you see a nightmare, sometimes you are able to deal with the situation in the dream itself. Sometimes you can’t deal with it in the dreams. So, when you wake up, and self-introspect, you figure out the ways in which you could have dealt with it better. So, you learn better crisis management skills.

I have heard a lot of legends about how a really fine artist got the idea about his masterpiece in his dreams. I have also heard stories of how famous musicians made the finest music and wrote the best rhythm in their dreams. Have you heard about the famous poets who wrote the best of their poetry in their dreams, or how the biggest engineering marvel’s idea generated during someone’s dreams? These are all fairly good examples of how dreams boost the creativity of the mind. Though I am not really aware, which hormone is secreted during our sleep that aids better brain functioning.

During the second year of my graduation, one of our subjects was ‘Economic Theories’. And during the lecture, a lot of students used to fall asleep. Though, our professor never got annoyed at that. In fact, he used to say, “when you fall asleep while learning something, that thing gets transfer from the cache memory of your brain to the ROM of your mainframe”. And according to him if you see something related to the subject in your dream at that time, it becomes the unerasable file. So, dreams do enhance your memory.

So, the next important question is, “How do we dream?”. And the million-dollar answer is, “Improve your sleep”.

Ways to Improve Your Sleep

Yes! I know, Langston Hughes isn’t talking about the bedtime dreams in his poem.

James Mercer Langston Hughes (February 1, 1901 – May 22, 1967) was an American poet, social activist, novelist, playwright, and columnist from Joplin, Missouri. He moved to New York City as a young man, where he made his career. One of the earliest innovators of the then-new literary art form called jazz poetry, Hughes is best known as a leader of the Harlem Renaissance. He famously wrote about the period that “the negro was in vogue”, which was later paraphrased as “when Harlem was in vogue.”

Growing up in a series of Midwestern towns, Hughes became a prolific writer at an early age. He graduated from high school in Cleveland, Ohio, and soon began studies at Columbia University in New York City. Although he dropped out, he gained notice from New York publishers, first in The Crisis magazine, and then from book publishers and became known in the creative community in Harlem. He eventually graduated from Lincoln University. In addition to poetry, Hughes wrote plays and short stories. He also published several non-fiction works. From 1942 to 1962, as the civil rights movement was gaining traction, he wrote an in-depth weekly column in a leading black newspaper, The Chicago Defender.

In this poem, Langston Hughes describes metaphorically the importance of dreams in one’s life. And how life becomes meaningless without the presence of dreams.

In the first part of the poem, he uses a broken-winged bird as a metaphor to describe life without dreams. According to him, life becomes extremely helpless.

In the second part, he uses the barren field as a metaphor to describe how lifeless, life becomes without a dream. According to him, dreams add life to our lives. 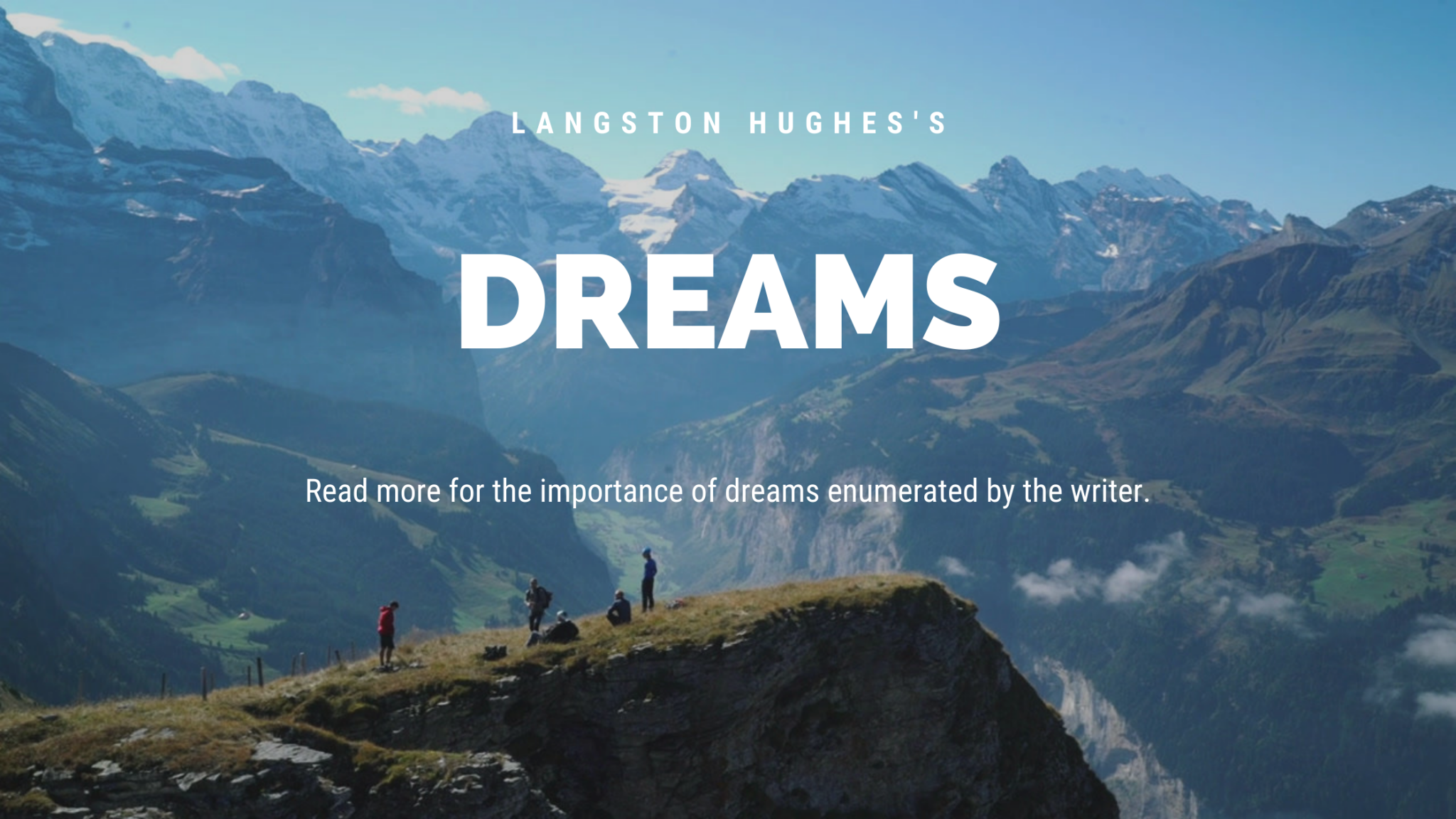 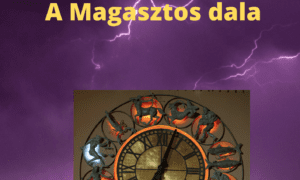 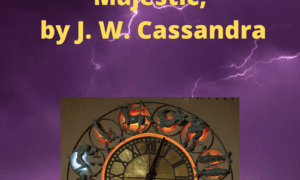 Song of the Majestic, by J. W. Cassandra 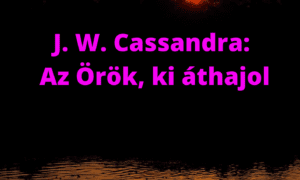 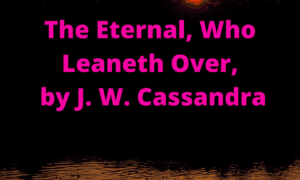 The Eternal, Who Leaneth Over, by J. W. Cassandra 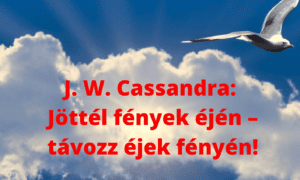