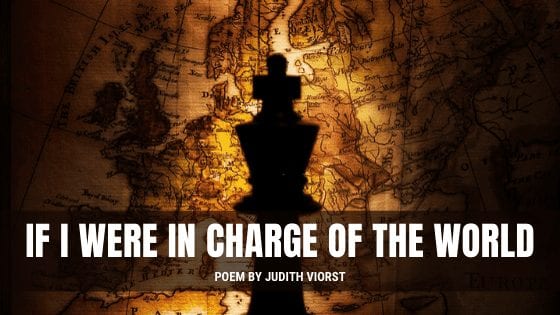 If I Were In Charge Of The World

If I Were In Charge Of The World - The Poem

If I were in charge of the world
I’d cancel oatmeal,
Monday mornings,
Allergy shots, and also Sara Steinberg.

If I were in charge of the world
There’d be brighter nights lights,
Healthier hamsters, and
Basketball baskets forty-eight inches lower.

20 Things I Would Do, If I Were In Charge of The World

Judith Viorst is an American writer, newspaper journalist, and psychoanalysis researcher. She is known for her humorous observational poetry and for her children’s literature. This includes The Tenth Good Thing About Barney (about the death of a pet) and the Alexander series of short picture books, which includes Alexander and the Terrible, Horrible, No Good, Very Bad Day (1972), which has sold over two million copies.

Viorst is a 1952 graduate of the Newark College of Arts and Sciences at Rutgers University in Newark, New Jersey. In 1968, Viorst signed the “Writers and Editors War Tax Protest” pledge, vowing to refuse tax payments in protest against the Vietnam War. In the latter part of the 1970s, after two decades of writing for children and adults, she turned to the study of Freudian psychology. In 1981, she became a research graduate at Washington Psychoanalytic Institute after six years of study.

If I Were In Charge of the World - Poem Summary / Analysis

And, to read more famous poems by the finest writers, click here. 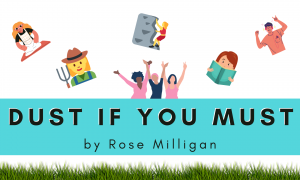 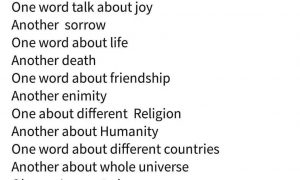 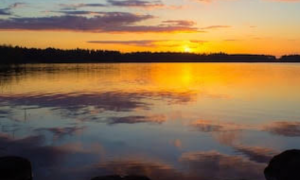 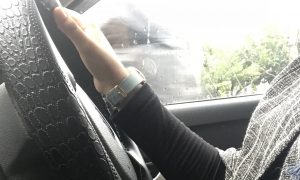 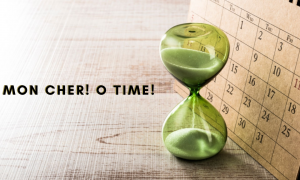 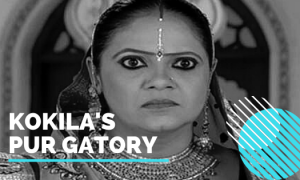